Someone please save these poor pups.

Chinese are squeezing their dogs into black pantyhose, propping them up for salacious photographs, then parading them across the Internet like sleazy, soul-eaten amateur-porn models. This is not a good day for humanity.

“Bored” internet users are responsible for the trend, according to Chinese news site Sina, a conclusion that sounds about right for most terrible things on the Internet. The memes are called gougou chuan siwa (狗狗穿丝袜), which translates into the imaginative “Dogs wearing pantyhose.”

Just try to imagine the complex confluence of emotions raging through the poor pups’ coconut sized brains as their owner squeezes their hindquarters into strangling nylon and looms over them with a camera. They must be suffering from a churning mixture of absolute love and adoration (because dogs are stupid and love you no matter what) and shame and horror and perhaps vague, inchoate dreams of murderous revolution.

Someone please help these animals. 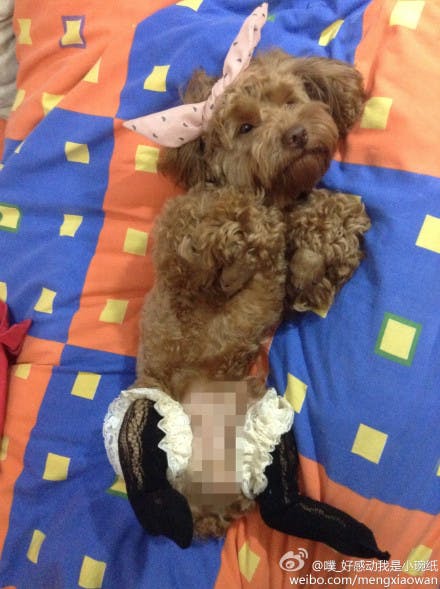 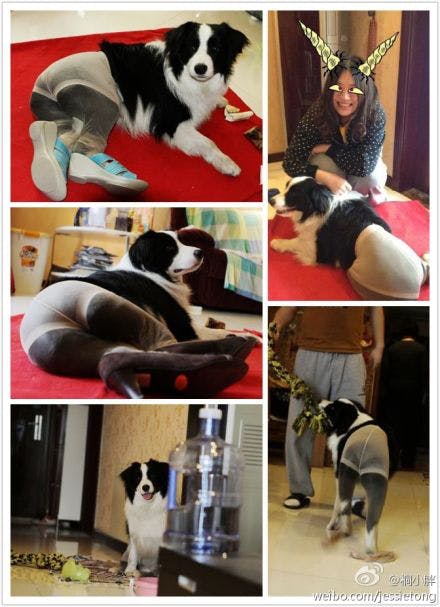 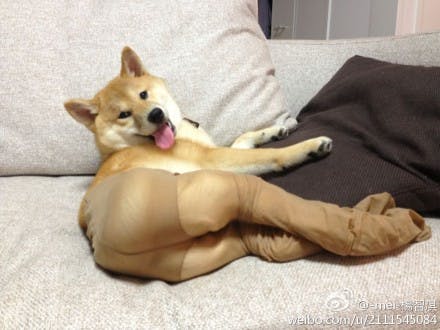 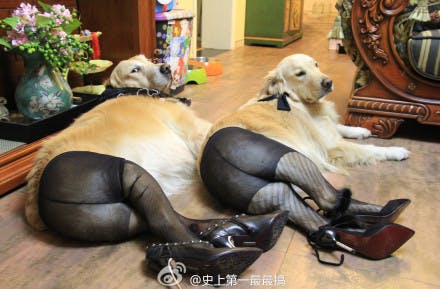 Here is a collage some doggie psycho will print out and hang on their fridge.