Thankfully, nobody was hurt.

Looks like the next Fast and the Furious installment came early, and it’s packing quite a bark.

A car crashed into the entrance of a Walmart out Wayne, West Virginia, on Saturday. Turns out the culprit was none other than a pooch.

Thankfully, the car was moving slowly, so people were able to get out of the way before the collision—and nobody was hurt. After the crash, a second dog in the passenger seat rolled down the window (which honestly makes it sound like these two pups were fooling around). Apparently, his companion was able to shift the car from park into drive. 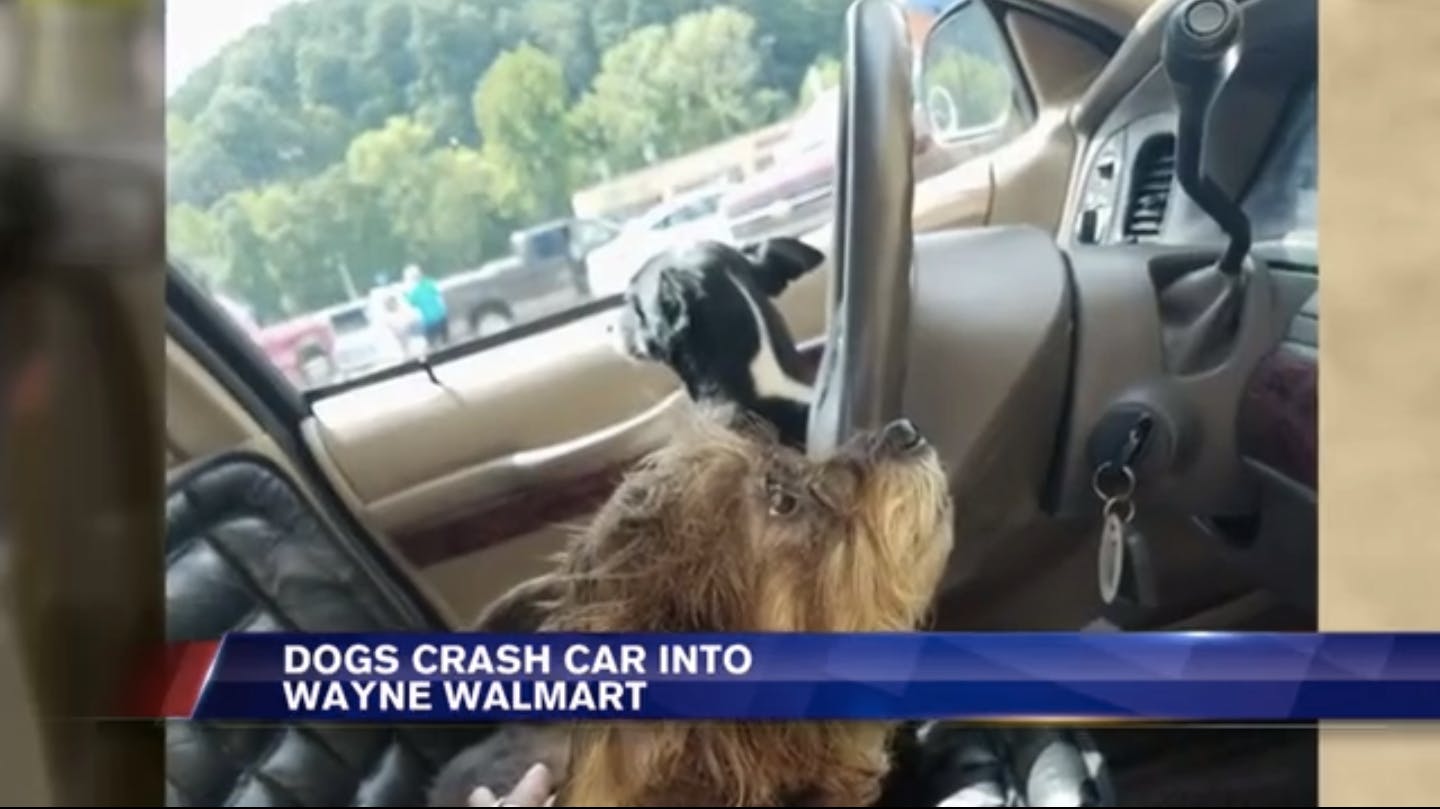 The store paged the owner of the car, who turned out to be a woman in her 70s, as described by witnesses.

The two dogs are not facing criminal charges. But we’re guessing they’ll be left at home next time their owner needs to run an errand.