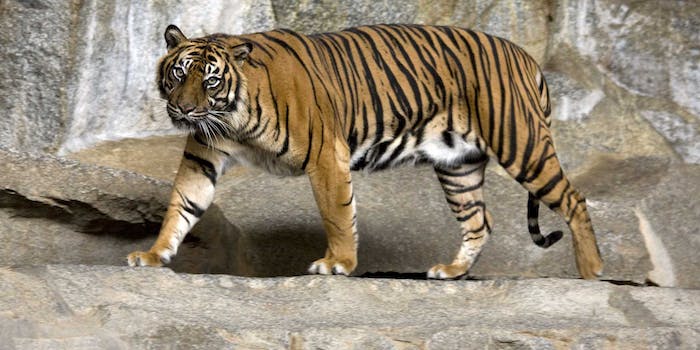 Tiger defies stereotypes by playing with dog instead of eating it

For one hair-raising second, we thought this tiger was about to attack.

This could have gone so poorly.

When this dog went for a stroll, it wasn’t expecting a tiger to leap out from behind a mound of dirt. Luckily, after a split second of terror, it turned out the tiger didn’t plan to attack. It just wanted to be friends and play with the dog.

Who knew tigers could be so playful? They really are just giant house cats.

Photo via Captain Herbert/Wikimedia (CC BY 3.0)