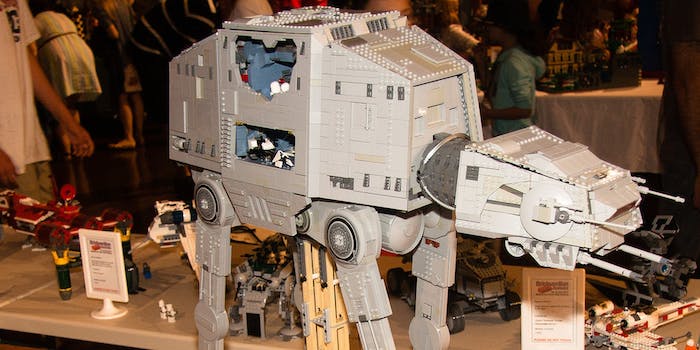 He can clearly sense a disturbance in the force.

Forget Thanksgiving or Black Friday: The only thing Star Wars fans across the galaxy have on on their minds this week is the release of the first official footage from Star Wars: The Force Awakes. Though the teaser trailer is only expected to be 88 seconds long and will be shown in a select group of theaters, fans are still foaming at the mouth to see what J.J. Abrams has in store for their favorite franchise.

The only creature on the planet that isn’t taking too kindly to all the Star Wars fuss is the dog in this video. As soon as the Lego AT-AT begins taking its first shaky, robotic steps toward the beast, he senses a disturbance in the Force. Though there’s no doubt he could unleash full Wampa-style rage on the tormenting machine, he instead chooses to back away, bark, snarl, and snap to prove his point.

If you wake up tomorrow morning to find a smashed AT-AT and some grey legos with teeth marks on them, I think you’ll know who to turn to first.