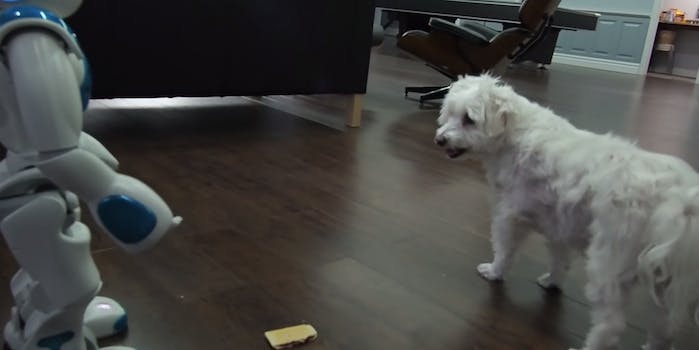 This should totally be the next Wall-E.

The gadget testers at the Unbox Therapy YouTube channel recently got a NAO robot, a friendly toy that can walk, talk, and recognize its owners. They decided to test it out with a dog to see if it would interact as well with animals as it did with humans. The results are a little messy, but this video is adorable nonetheless.

That poor dog really doesn’t know how to handle this situation, does it.