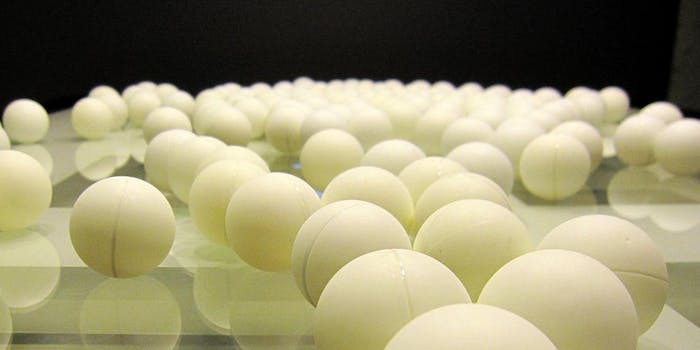 What kind of games do you and your dog like to play? Catch? Tug-of-war?

The border collie is amazingly skilled at the game. Clenching a paddle in its teeth, the dog effortlessly taps the served balls back to its owner. Throughout the match, it emits a cacophony of yelps and growls (which is probably how John McEnroe also played).

Photo via mknowles/Flickr (CC BY SA 2.0)