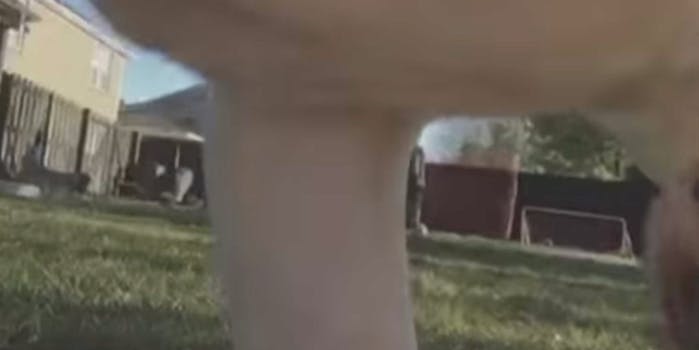 GoPro cameras have captured some of the most incredible images this world has to offer. They’ve also made their owners look like total idiots.

We can add this footage of a kid practicing soccer kicks to the latter category. But it’s not an athletic fail you’re about to see. No, the kid’s mistake here was forgetting that a dog will piss on just about any foreign object it comes across in a yard—as if to say, “I don’t know what this is, but it’s mine now.”