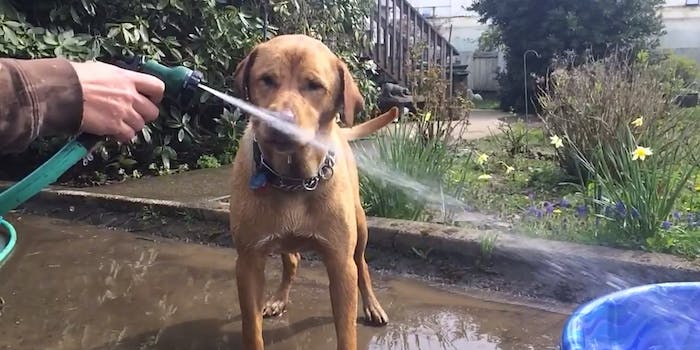 What is he afraid of?

Robbie the dog doesn’t need to wait for a kiddie pool to fill up before the fun begins.

Robbie’s owner tried accomplishing said task, but for some reason Robbie just wasn’t having it. He fought the valiant fight as he tried to stop the water and nip it in the water nozzle, and it looks even more grueling in slow-motion.

But was he actually thirsty? He’s probably got his own water somewhere, and it’d be a lot easier to get that than try drinking from a hose. Or was he trying to prevent something more sinister, like his own bath?

Dog logic is something we may never truly understand.