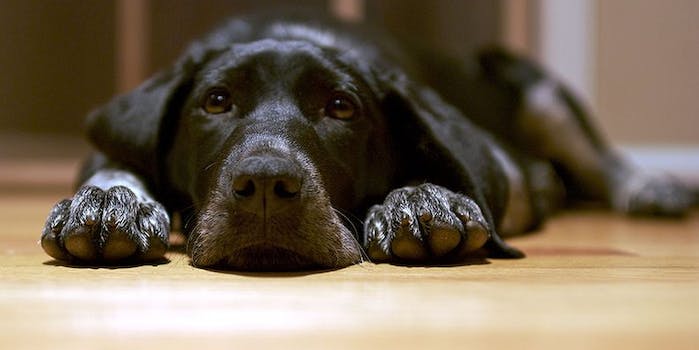 Syd the dog gets jittery when he sees spinning barbells

Why is Syd so angry with barbell weights? We may never know.

Syd the dog is worryingly obsessed with barbells.

Whenever his owner spins the weights on a barbell, Syd basically goes bananas. He gives every impression of wanting to fight an inanimate object, despite the fact that those barbells do exactly the same thing every time: spin harmlessly in the air.

Syd, you are dumb, but you’re adorable, so we’ll let you off the hook.

Never take this dog to a gym.

Photo via droid/Wikimedia (CC BY 2.0)