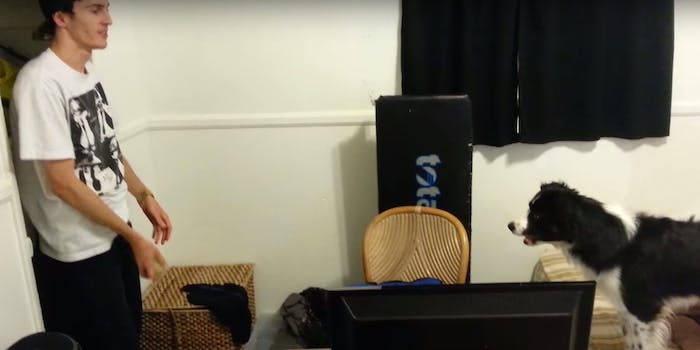 Dog knows how to return a tennis ball with its nose

A simple game of catch is not enough for this smart dog and his owner.

This guy and his dog have a unique and delightful way of playing catch. Basically, it’s a human–dog game of tennis.

The dog, caught on tape by the man’s roommate, skillfully hits the ball back to him with his nose every time. “They’ve been doing this for years,” the roommate says in the background. “Like, what the heck is going on?”

We can tell you what’s going on: an awesome game of doggie tennis. This dude must be so proud.