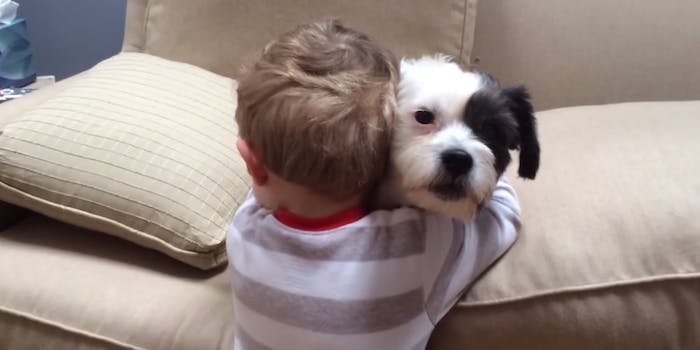 This dog/human friendship is so adorable.

This little boy and his pet dog are the best of friends, but there’s one small problem: the dog is too old and tired to play fetch.

When the boy throws his ball, the dog just sits and watches forlornly from the couch. But never fear! While this kid doesn’t quite seem to understand what’s going on, he loves his dog just as much as if they could still play fetch together.

You can’t teach an old dog new tricks, but you can always give him a hug.