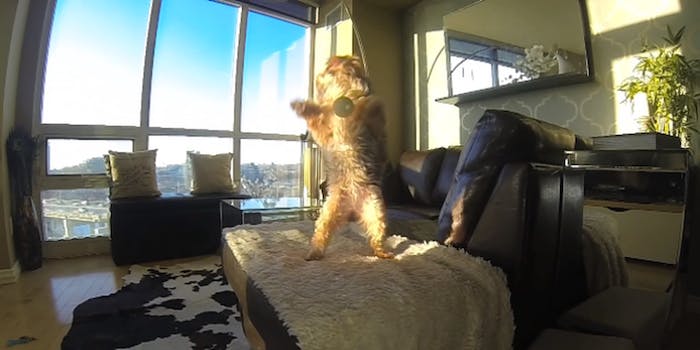 This cute dog is absolutely awful at playing catch

Watching this dog try and fail to catch a ball is sort of a metaphor for life.

They say you can’t teach an old dog new tricks, but what if your dog is absolutely horrible at tricks to begin with?

A YouTuber named Brazilian Danny uploaded this video of his Yorkie, Kiwi, attempting to play catch. But Kiwi’s really bad at it. So he slowed down the footage and added “O Fortuna” as the dramatic soundtrack for good measure.

Watching this dog try and fail to catch a ball is sort of a metaphor for life. If you watch it enough times, it puts you into a sort of meditative state where you are the ball.

It turns out Kiwi is good at some things, though. Like doing the “Harlem Shake.”