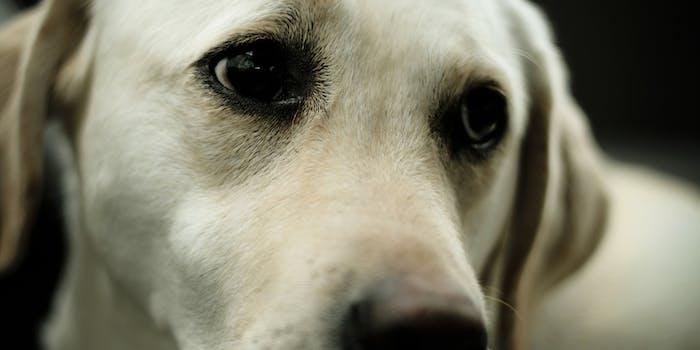 It appears a white Labrador retriever got behind the wheel of a semi truck in Mankato, Minnesota, somehow put it and gear, hit a parked car, knocked over a tree, and, to be honest, doesn’t even look all that upset about it.

Mankato police say the semi truck was left idling and was somehow put into gear, then went through a parking lot, across the street and over a curb.

Maybe the dog just missed his owner, who was in a nearby store, and decided to go pick him up.

“In my career here I’ve not had an accident reported like this one,” said Daniel Schisel, operations commander for the Mankato police department. Which is probably not that surprising. Although it would have been great if Schisel had said something like, “If I get one more truck-driving dog case, I’m taking early retirement!”

At least we’ve learned that dogs are no better than cats when it comes to driving vehicles.

The case remains under investigation.