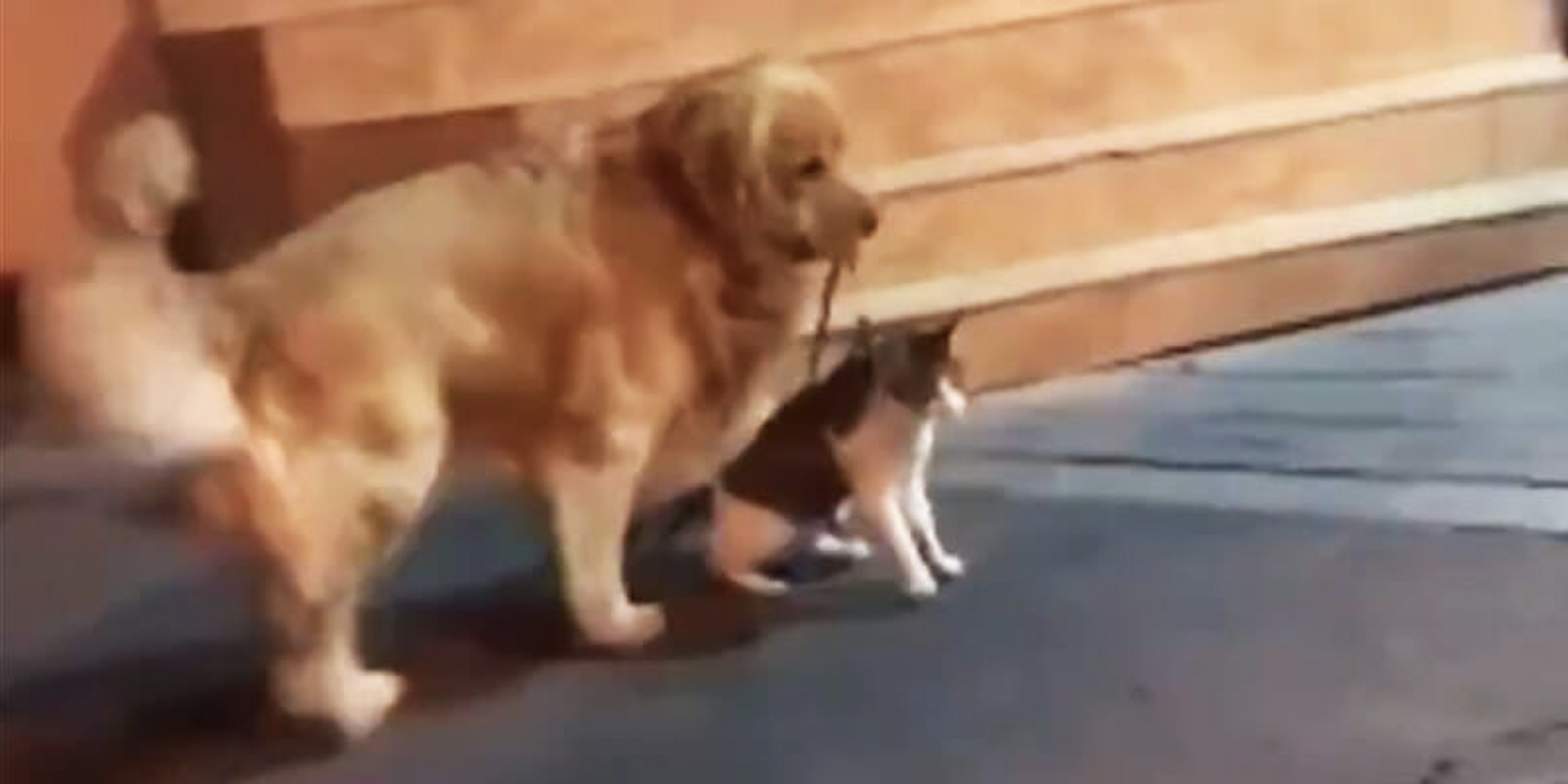 Who among us hasn’t been in this situation before? You’re out at the bar on a Friday night when a drunk buddy starts flexing his beer muscles at another patron. What’s a friend to do? You can always jump into the fray and get your buddy’s back—depending on your own level of inebriation, of course—or you can be the responsible friend and jump in and say, “Nah dude, it’s not worth it.”

Anyone who has ever been the friend in this scenario hopefully chose the latter path, or if not, hopefully they got a good public defender and had their bail money ready.

Even our canine friends know that sometimes the best option is to just walk away, as evidenced by this video that surfaced on Twitter this week of a good dog that didn’t let a fight break out between his cat friend and another cat. Animals: they’re just like us!

In the short clip, a cat inexplicably wearing a leash prowls slowly and menacingly toward something just out of frame to the left, which turns out to be an even bigger and even more menacing looking cat.

“Not so fast,” says his golden retriever friend, who grabs the cat by the leash and drags his furry butt away from the unfolding confrontation–and ostensibly, the crisis was averted.

As the clip began to go viral (nearly 9 million views and counting) people couldn’t get enough of the funny yet wholly relatable interaction, and the jokes and gif reactions came pouring in.

Hes gotta keep his friend out of trouble

"Leave it Tiddles, he's not worth it…"

And here’s one that sadly all too many of us who use this website can definitely relate to:

Should we all be so lucky to have such a loyal friend who jumps in to pull us away from bad decisions, whether it be dog, cat, human or otherwise.