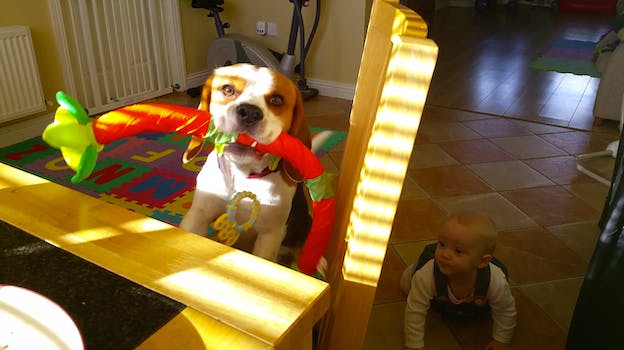 Charlie the beagle proposes the most adorable breakfast trade

He won back a baby's forgiveness with toys. Now he's trying that strategy with breakfast.

Charlie the beagle must think that his toys can get him anything he wants.

The lovable dog first tried to buy back the affection of his human child after he stole her toy by presenting her with every single toy he owned. In this new video, Charlie sees an even bigger goal in front of him: a human breakfast.

He must have known that bribery wouldn’t work this time around, because instead he opted for the best alternative: bartering. To equal the plate of eggs and bacon sitting before him, Charlie had to hand over what might be one of his most-prized possessions.

Charlie is likely to keep trying these toy-based strategies until eventually his owner gives in to his adorable demands.

Screengrab via Charlie The Beagle and Laura Olivia/YouTube