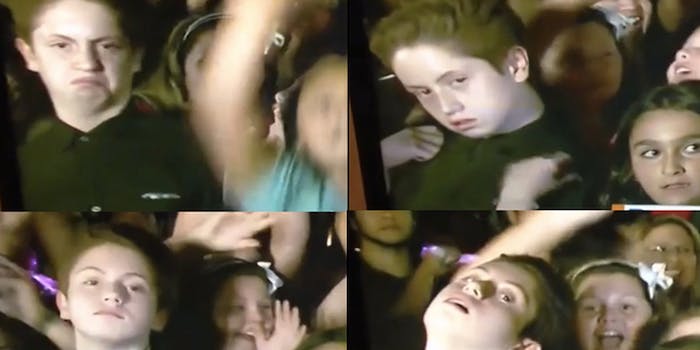 When that spotlight hits you, you need to make the most of your moment to shine. For some that means your best approximation of a RuPaul’s Drag Race diva-off in the middle of a news clip.

One child did just that when cameras caught him in a crowd shot during a live news broadcast. Instead of screaming and waving for the camera like the rest of the kids around him, the boy struck poses and mugged for the camera. The best moment? When he gives stank face to the basic children next to him who are simply cheering.

Four snaps in a Z formation, new best friend. You saw an opportunity, ran with it, and now you’re a GIF. True Internet hero.