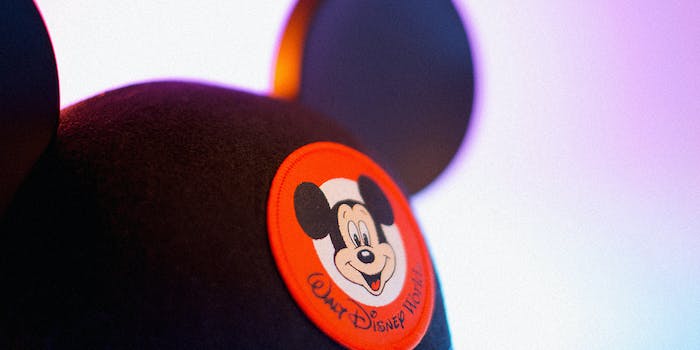 The author complains how recent changes made at the theme park is ruining his experience.

Like many of the world’s theme parks, Disney World does not look like it did when it first launched; it’s been renovated and brought in new elements to older rides (such as the addition of Frozen to Epcot’s World Showcase). But some of the more recent additions and rule changes—which are at the center of a widely derided op-ed—are being ripped a new one online.

On Friday, the Orlando Sentinel published an op-ed titled “I Love Disney World, but wokeness is ruining the experience.” It’s by Jonathan VanBoskerck, a man from North Las Vegas who describes himself as “a Christian and a conservative Republican.” He’s been a lifelong Disney fan—he takes his family to the park every year—but he’s now reconsidering making the pilgrimage because he feels that Disney is abandoning the immersive and magical experience that comes with a trip to Disney World.

This is a short list of what VanBoskerck has issues with regarding recent changes at Disney World:

“Disney World is going to lose us as customers if it continues down this path,” VanBoskerck wrote. “I do not want to have Disney World taken away from us because Disney cares more about politics than happy guests.”

VanBoskerck’s argument is flawed, includes racist language while arguing that a racist depiction in a ride is in fact not racist, and perhaps most noticeably, ignores the fact that wanting to pretend something isn’t political is, in fact, a political argument. It doesn’t relay what changes were made to the Pirates of the Caribbean ride, which includes both sensitivity changes (it no longer has pirates chasing after women) and more cultural ones (the ride now includes Pirates of the Caribbean’s Jack Sparrow).

It’s also fairly ignorant of the legacy of Walt Disney. Along with his efforts during World War II, Disney hated unions, was part of an often anti-Semitic organization that worked with Senator Joseph McCarthy during the Red Scare witch hunt, and testified before the House Un-American Activities Committee and claimed that several of his animators were communists, some of whom eventually ended up on the Hollywood Blacklist. And being more inclusive toward its staff also allows more people who’d want to apply to work at Disney to actually work at Disney, a move that largely benefits Disney.

It’s probably not an argument being made in good faith, and it didn’t take long for people to mock VanBoskerck and the op-ed.

“This grown ass man is pissed cause they made the Pirates of the Caribbean ride less rapey and may change the theme of Splash Mountain from fucking Song of the South- removing reference to sex slave trade and racism is just absolutely ruining his Walt Disney World experience…” Hadley Sheley wrote.

Others had a similar sentiment while some questioned if the piece was actual satire.

Congresswoman Val Demings (D-Fl.), who represents the part of Orlando that Disney World falls under, supports Disney’s move toward inclusivity.

The Orlando Sentinel labels VanBoserck’s piece as “Guest Commentary” and “Opinion,” so if it’s a piece of satire, it’s not being labeled as such. But given how often some Republican officials, commentators, and cable news heads cry out “cancel culture” and complain about people being “too woke” whenever a corporation acknowledges that some of its older properties are problematic or enact more inclusive policies for its employees, the logic behind it certainly isn’t.