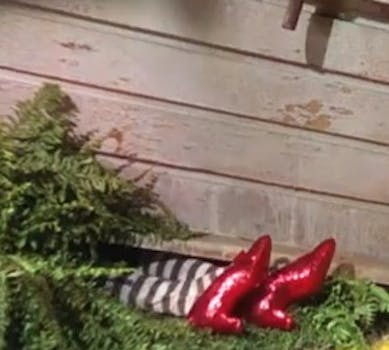 Former Prime Minister Margaret Thatcher's opponents are celebrating her death with a campaign to make "Ding Dong! The Witch is Dead" the U.K.'s number one single.

To say Margaret Thatcher divided public opinion would be an understatement. Revered by the right, reviled by the left, her impact is still felt 23 years after she stepped down as British Prime Minister.

The Iron Lady, who passed away Monday at the age of 87, was despised by many for ending a free milk program for schoolkids, hammering workers’ unions, and introducing tax reforms related to local governments.

Her death sparked jubilation among staunch critics, some of whom planned parties on Facebook to celebrate it. Elsewhere, a campaign to have the song “Ding Dong! The Witch Is Dead” from The Wizard of Oz hit number one on the U.K. Singles Charts is taking off.

A dormant Facebook group, titled Make “Ding dong the witch is dead” number 1 the week Thatcher dies, kicked back to life after news of Thatcher’s death. The group was created in 2007 and has more than 3,700 members.

The revived effort follows in the footsteps of a successful Facebook campaign for Rage Against The Machine’s “Killing In The Name” to hit the top of the charts at Christmas 2009.

Campaigners are buying two different versions of the song, according to Metro—Judy Garland’s original, and Ella Fitzgerald’s longer version. It is Garland’s which is picking up the most steam, however.

It is currently number one on the Amazon U.K. single download chart and number eight on iTunes. It is also sitting at number 54 in the U.K. chart, and it’s set to climb over the next few days.

“The leading contender by Judy Garland is likely to move into the Official Singles Chart Top 40 in its own right by Sunday if it maintains its current momentum,” The Official Charts Company told Metro.

Anecdotally, I saw YouTube links for the song all over my Facebook News Feed and Twitter timeline Monday, so its sudden rise up the chart is perhaps not too surprising.

That said, not everyone is enamored with the campaign.

“How would YOU feel if someone described your dead mother/father/sister/brother as a ‘witch’ and campaigned to have a pseudo derogatory song get to the top of a public purchase list in light of their death?,” Lloyd Rust asked the Facebook group. “If you are fine with that, carry on and all the best of luck, but just to let you know, some people, regardless of ‘horrid’ you think she was, are related to her, are grieving for her and actively cared about her.”

Rust urged those participating to instead donate to charity, to which some responded that they’ve done more for charity than Thatcher ever did.