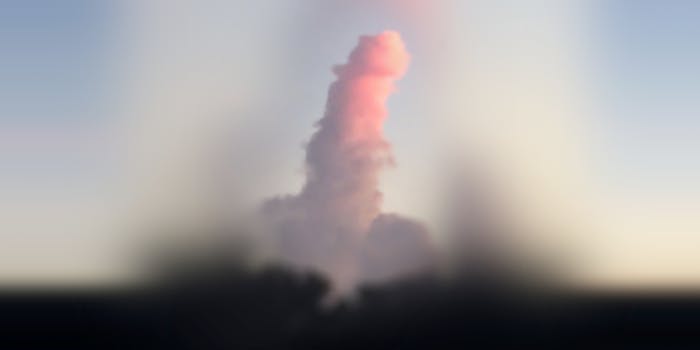 You need to see this d**k-shaped cloud right now

Remember being in grade school and learning the names of all of the types of clouds? If not, here’s a short refresher.

These are cirrus clouds. They float above 18,000 feet, all wispy and shit.

These are stratus clouds. They’re below 6,000 feet and are basically fog, which is super annoying, because fog is a nuisance.

Next, we have altocumulus clouds. They sit at elevations between 6,000 and 20,000 feet and resemble fluffy patches in the sky. This photo makes them look cooler than they actually are.

The clouds at the highest altitudes are the cumulonimbus. Unlike stratus clouds, which are low to the ground because they have nothing better to do, cumulonimbus clouds can soar above 50,000 feet. They’re those clouds you see in the sky and go, “damn, look at those clouds.”

But none of these clouds can compare to the granddaddy of all clouds. Compared to this type of cloud, all the other clouds are extremely basic.

The sky in Miami is breathtaking pic.twitter.com/9yrGHy6DWZ

Yes, that is a dick-shaped cloud, probably the most dick-shaped of every dick-shaped cloud that ever existed. These super-experienced nephologists  (people who study clouds) couldn’t hold back their excitement as they came across this rare sighting. Unlike stratus or cumulus clouds, which we see every day and are bored with, dick clouds only appear in the sky once every 10,000 years, so this was a huge discovery for the nepholographers. They even had time to take video of the puffer and share it with the world, knowing that Twitter would understand the importance of this discovery.

Sometimes you just need a good dick cloud to bring the universe together.