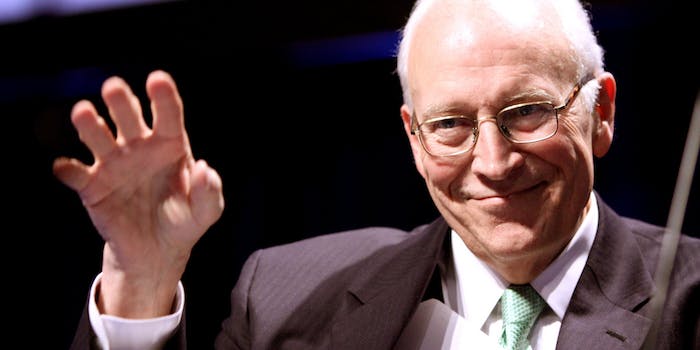 It's likely that an intern was ritually sacrificed for forgetting to renew Dick’s hosting subscription.

Warning: The screenshot below may be NSFW.

Dick Cheney, former vice president of the United States, is known for many things, such as shooting his friend during a quail hunt. Hosting nearly naked ladies on his website, though? That’s not one of them.

On Friday, it was discovered that Dick Cheney’s official website DickCheneyBook.com had been replaced with a holding page by the hosts HostGator.com. 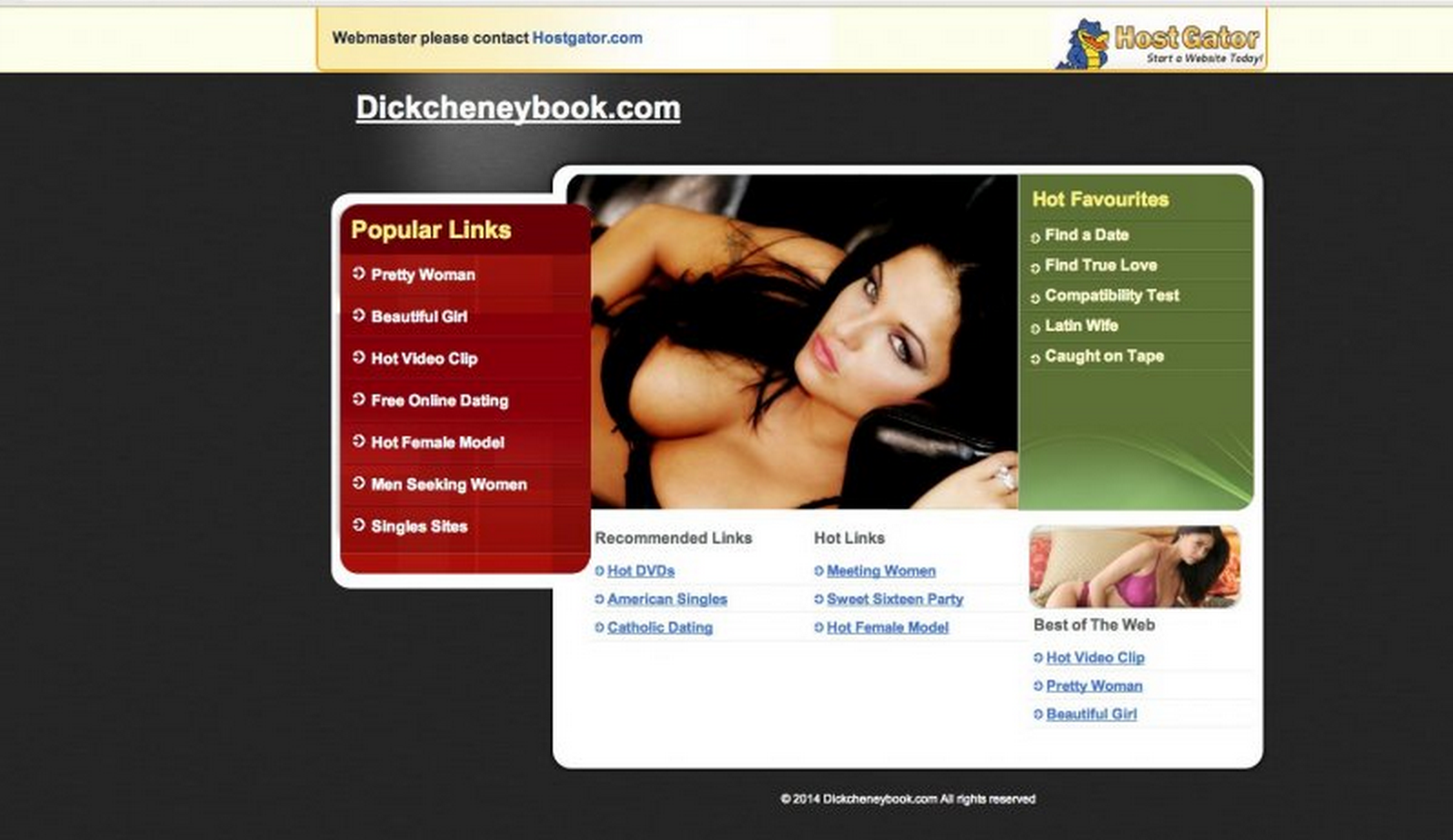 On the page, you’ll see a variety of links including “Find True Love” and “Caught on Tape” along with two pictures of unidentified ladies in lingerie. Before the site was likely suspended, it featured the former vice president’s contact information, press cuttings, and links to his memoir. The website is still thought to be the official domain, as it is linked from Cheney’s Facebook page.

So far there has been no comment from Cheney’s office. It’s likely, however, that an intern has been ritually sacrificed for forgetting to renew Dick’s hosting subscription.

It’s still not the most disturbing thing to come out of the Bush administration today.