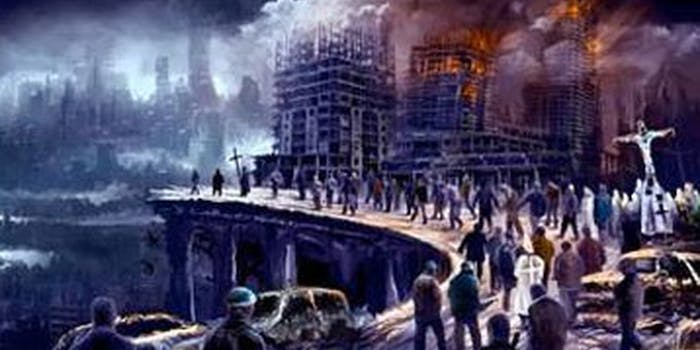 Has Art4Love perfected the art of stealing?

Work from more than 170 other artists on DeviantArt -- an 11-year-old social network where users showcase original artwork -- have been stolen and sold on the website Art4Love.

A Canada-based graphic artist says that at least 18 pieces of his artwork, and work from more than 170 other artists on DeviantArt, have been stolen and sold on the website Art4Love.

On Friday Vitaly Alexius, 27, posted a detailed image on DeviantArt, an 11-year-old social network which showcases original art, that contained a screenshot of his work being sold on art4love.com. Artist Deirdre Reynolds has created a list with links to original DeviantArt artwork and screenshots of them being sold on Art4Love.So far, the list includes 320 DeviantArt artists.

The cofounder and main artist behind Art4Love, an online art retailer, is Chad Love Lieberman, the nephew of Sen. Joe Lieberman, according to Yahoo! News and The Daily What.

The Daily Dot has reached out to Alexius for an interview and is waiting to hear back.

Alexius’ post collected more than 2,000 comments combined on DeviantArt and Reddit where people expressed their anger and distaste for Lieberman.

“It’s sad someone thinks they can do this,” wrote blackcrowcooro on DeviantArt. “Did he not realize the more popular he was, the more people were gonna see his site?”

“I can never understand how people can get away with this stuff or even live with themselves,” wrote twinsnakesorrow.

In an article published in May 2010, the South Florida Chronicle interviewed Lieberman about his art and his background.

“A lot of art teachers are failures in the art world. I think I bring a younger, fresher approach,” Lieberman told treez, the username of a regular contributor to the Chronicle. “Did you know that 50,000 graduate with a fine arts degree. The average artist makes just $1,500 a year from their art! I want to make a dent in that!”

On Wednesday treez apologized for her profile piece and said wrote that “Chad had never claimed to me that all of the art on his site was his. That being said, if it is indeed true that he is stealing art and selling it as his, it is going to be pretty easy to sue him and possibly even worse repercussions are waiting for Chad.”

Since then, treez has written about some of the DeviantArt artists who have had their work stolen. These artists include Kristafee, Laura ‘Pelick’ Siadak (Shadowgirl), Alx234 and Alexius.

“To all the artists he ripped off, my best goes out to you in doing what you need to do to make your situation right,” treez wrote. “Whatever that may entail.”

Art4Love was started in 1999 to sell artwork from  “independently certified artists at prices significantly below traditional retail,” according to Yahoo! News.