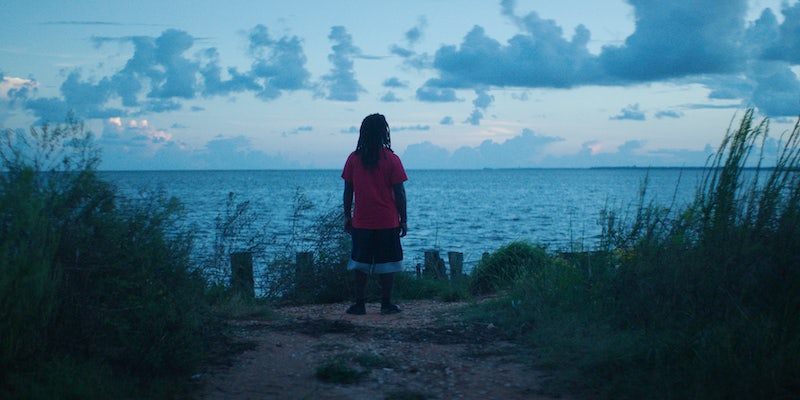 It's about much more than a discovered slave ship.

It’s easy to imagine a different version of Descendant emerging from the wreckage of the ship at the center of it: One that focuses on the academics, scholars, and divers who discovered the Clotilda, a slave ship that illegally brought over 110 Africans from Dahomey (modern-day Benin) in 1860. While some narratives might use the discovery of the ship’s remains as the climax, Descendant introduces that moment almost nonchalantly around the halfway point.

Release Date: Oct. 21, 2022
Director: Margaret Brown
Streaming: Netflix
Over 150 years after the last slave ship illegally brought over 110 Africans to Mobile, Alabama, their descendants in nearby Africatown advocate for the ship to be located and, after decades of the ship’s existence being suppressed and reduced to rumor, for that story finally to be told. A prescient documentary that expertly melds past and present, showcasing how the institution of white supremacy tries to erase history and harms its residents to this day.

The emergence of the Clotilda makes for a fascinating story in its own right, but the story that director Margaret Brown tells throughout Descendant is much more enriching, personal, and prescient. Framed from the perspective of the modern-day descendants of those forced passengers, Descendant is a personal examination of how the past still affects the present for a community fighting for justice and their ancestors’ legacy in a world that would be all too happy to see that story erased.

By 1860, the Atlantic slave trade had been illegal for decades thanks to the “Act Prohibiting the Importation of Slaves,” which went into effect in 1808 and was considered a capital offense punishable by death. But that didn’t stop Timothy Meaher, a wealthy landowner in Mobile, from making a bet with another man that he could smuggle a ship full of Africans into the U.S. When slavery was abolished a few years later, dozens of the people on the Clotilda stayed and formed Africatown, a town located just a few miles north of Mobile; many of their descendants still live in Africatown today.

For decades, the legacy of Clotilda mostly existed in oral histories passed down from generation to generation, whispered in hushed tones because of the fear of being lynched if they went as far as to make an accusation against Meaher, Foster, or any of the other men involved with Clotilda. But that story had also been preserved in other ways.

Author and filmmaker Zora Neale Hurston filmed Cudjo Lewis, one of the last survivors of the Clotilda, in 1928, and her interviews with Cudjo became Barracoon, a book that Hurston tried to publish in 1931 to no avail; it wouldn’t be published until 2018. Throughout Descendant, several descendants (including some who can trace their lineage to Cudjo) read passages from the book on-camera, which makes those words’ power resonate. And in recent years, as new efforts to find the ship started, some of Africatown’s descendants became actively involved in trying to keep that history alive. For some, finding Clotilda would mean closure for themselves, and proof to the rest of the world that their ancestors’ stories happened. Others argued that it’s bigger than Clotilda.

“I don’t want the momentum of the story to just be focused on the ship,” Joycelyn Davis, one of the descendants who reside in Africatown, explained. “It’s not all about that ship…I can care less about the ship.”

The ship is more of a conduit, as one person puts it, to tie the past, the present, and the future together, and the lasting impact is all around them. And it’s weighing heavily on the minds of the descendants as they’re given the responsibility of what to do with the legacy they’ve inherited, and how, if at all, they can get justice for themselves. Brown expertly weaves her way through the directions the descendants could take to preserve their legacy; even as history emerges, the old ways of passing the story carry on.

But Brown also introduces more complicated threads such as the crossroads of white supremacy, a region that euphemizes and obscures its ugly history, the effects of environmental racism, and how much the Meahers even attempted to bury the past when people tried looking for the ship before. Even the south’s obsession with the Confederacy is put under a microscope; “they don’t name schools after losers generals, but in the south, we do,” one person notes as he points out it’s something the losers of other wars just don’t do. And the Meahers appear to want anything to do with their forebear’s legacy. Not only do none of Timothy’s descendants participate in the documentary, but a letter suggests that at least one descendant made an effort to keep the ship buried in the water.

Descendant masterfully lets the descendants of the Clotilda survivors take back the narratives and tell the story that they and their ancestors’ oppressors have long kept buried. But this time, we can finally hear them loud and clear.

Descendant will arrive on Netflix and in select theaters on Oct. 21.