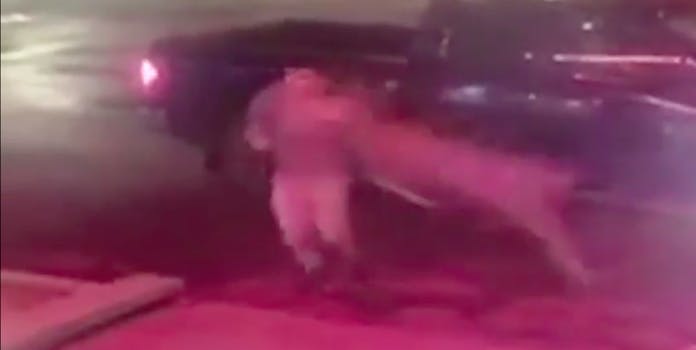 A deer clocked this man harder than seems possible

The deer knocked him aside like he was nothing.

Naturally, you know that any ungulate—a diverse collection of big-ass hoofed animals—running full speed into your chest is going to wreck you right good.

But it’s one thing to know it, and a totally different thing to see it.

Nobody believed this man when he said he got run over by a deer on April Fools'. Then surveillance footage showed it https://t.co/NrtRwht9b1 pic.twitter.com/YlGum7g0wY

That is 25-year-old aspiring rapper Rap It Fire, of the group Reka-nation, and he joined wrecked nation there.

The artist, whose real name is Cary McCook, said the incident occurred on April Fools’ Day, and that no one believed him until he was able to get surveillance footage and show it to his friends.

Clearly, he got popped. But he can also dish it out.