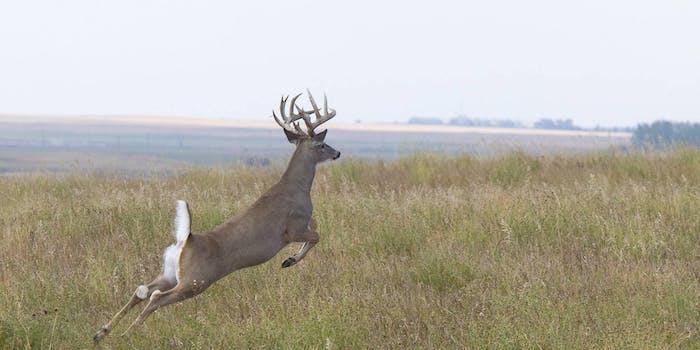 This deer hates the mall just as much as you do

Malls suck. They’re relics of a bygone era when people could afford to overstuff their closets and actually had the time to loiter. Now, nobody’s got time for the mall. Not even this deer.

A deer smashed its way into American Eagle… then left the only way he knew how pic.twitter.com/PHOT7VX6S7

The deer found himself stuck inside an American Eagle at a Stillwater, Oklahoma mall on Thursday, to its absolute horror. Either it had just been caught stealing or the reality of the store’s banality began to set it in, because that deer bolted the fuck outta there, busting through a glass window and straight into freedom.

We feel you, deer.