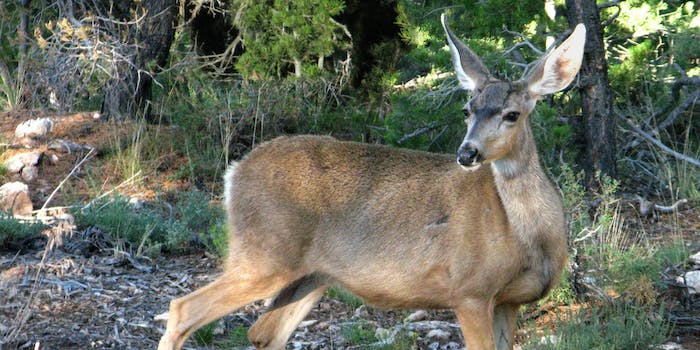 Why is there a deer in the back seat of this car?

It's a curious deer, but we're more curious about its story.

After countless deer suffered injuries or death while crossing traffic, one of them finally figured out to game the system.

We’re not exactly sure how this deer ended up with an older man and his dog, but it’s now hanging out in the back of a car, and it’s alive. The man might be talking about how he rescued the dog in his lap, but we’re far more interested in the story behind the deer, which basically acts like a dog now.