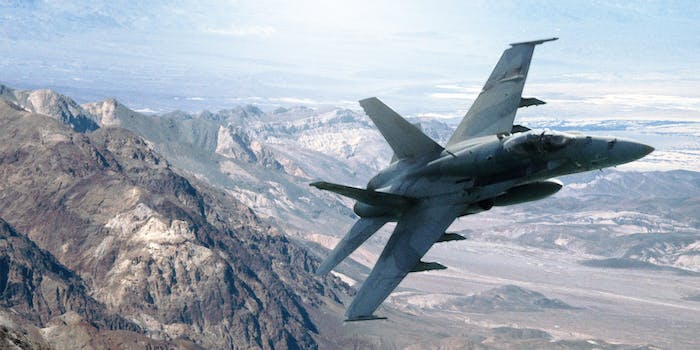 Fighter jets at Death Valley are your daily dose of ‘MURICA!

Death Valley is a place of harsh but stunning natural beauty. Reaching highs of 57 degrees celsius in summer, the unforgiving landscape is nonetheless home to a vibrant ecosystem, and can be a site of natural tranquility—unless you happen to visit when a couple of F18 fighter jets are passing through.

While out “exploring on a ridge with no clue,” writes YouTube uploader thameth, he and his buddy were given a fright “by two F18’s during training in Death Valley. At the time we had no idea the spot was a regular training area. I literally had just stopped to get a shot of the canyon and some quick video of the rocks at the beginning of the video.”

“Definitely an incredible experience,” they add, “like double ranbows or something…”

Or, to put it another way, as they exclaimed in the video: “‘MURICA!”