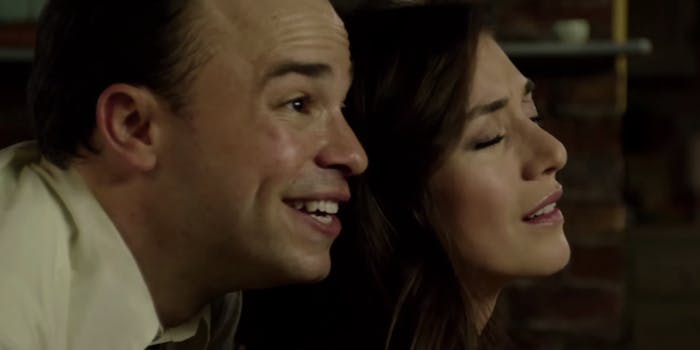 'Once I start getting that video ad revenue, I'll buy you that big house in the suburbs.'

If the modern American Dream is going viral on YouTube, then a sketch from UCBComedy‘s Los Angeles Digital that parodies Death of a Salesman is our new great American play.

In this revision, Death of a Content Creator, Willy Loman is desperate to go viral. When one of his videos catches fire, he promises his wife, things will start looking up.

The video doesn’t follow Arthur Miller’s Pulitzer Prize-winning play exactly, but it captures the spirit perfectly, with Loman telling his wife that he’ll soon make “the front page of BuzzFeed Geeky” and selling his wedding ring to buy a GoPro.

Loman’s wife eventually leaves him, lamenting that she could have married one of the guys who edit Epic Rap Battle. Even when Loman’s video starts to go viral, it’s soon torpedoed by a copyright claim. Oh, Internet—you’re a cruel mistress indeed.