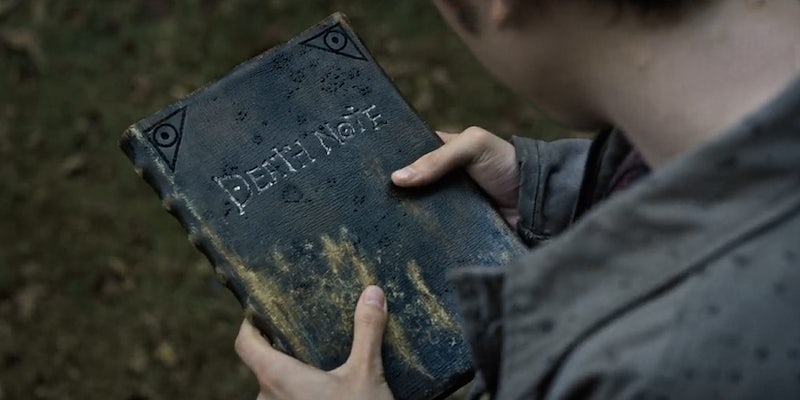 Netflix’s ‘Death Note’ may have bombed, but this meme is killing it

What would you kill?

Death Note, a Japanese manga and anime about a notebook that kills anyone whose name is written in its pages, recently got an American live-action adaptation on Netflix. The consensus is that the show wasn’t good, but one good thing came of it: it increased awareness of Death Note, making Death Note memes viable with a wider audience. One popular meme in particular has been passed around Reddit this week:

The meme is a modified version of this comic by I’m The Bird Guy, in which the main character finds the Death Note and tries to kill his own future, only to discover that it’s already dead. Depressing!

“You can’t kill things that are already dead” turns out to be a perfect catchphrase for meme enthusiasts, who often speak of a meme of being “dead” when it’s become too popular or overused. All you have to do to turn this Death Note comic into a meme is fill in something that’s “already dead,” whether it’s a meme, a person, or a trend that’s past its prime.

On Reddit’s r/dankmemes, one person used it to assert that the entire subreddit was no longer relevant. (Ironic, considering they were using a fresh, new meme format to do it.)

This last one takes a little explanation, because it’s two anime memes layered into one. It’s a reference to “Omae Wa Mou Shindeiru,” a catchphrase from Fist of the North Star that means “you are already dead.” The main character uses it when he’s hit the opponent on targeted pressure points, and they’re about to drop dead from the damage.

This meme is still in its nascent stage—the original comic is barely more than a week old—so many of the examples are inside jokes and other memes, but it’s an exploitable comic with the potential to incorporate a broad range of ideas about what’s “dead.” Despite the critical failure of Death Note on Netflix, the Death Note meme still has more mileage left in it.