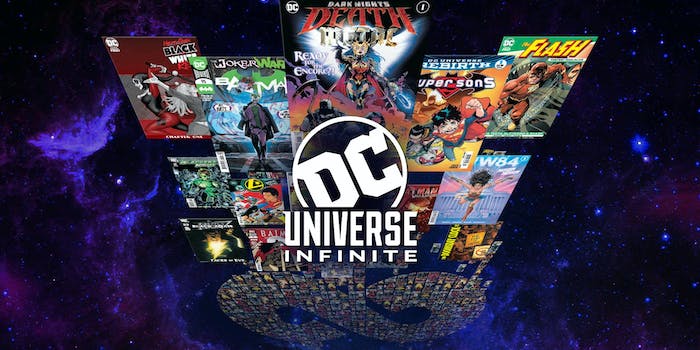 DC Universe rebrands itself solely as a comic book service

Two years after the launch of DC Universe, DC Comics’ niche streaming platform is getting a makeover.

While the streaming platform may be pivoting to being primarily a comic book service, but it doesn’t mean that the programming DC Universe created is disappearing. Streaming originals such as Young Justice, Titans, Stargirl, Doom Patrol, and Harley Quinn are all heading over to HBO Max, which already made Doom Patrol and Harley Quinn available to a wider audience.

In the same announcement, DC confirmed that Harley Quinn (now considered to be an HBO Max original series) has been renewed for a third season. For now, existing DC Universe subscribers can add HBO Max for an additional $4.99 a month until Oct. 30.

“Our fans love the platform’s robust library of comic books and, with the transformation, we will not disappoint,” DC Publisher and Chief Creative Officer Jim Lee said in a statement. “I’m excited to share that not only will DC UNIVERSE INFINITE members still be able to read all of the great comics that they’ve enjoyed but new issues are debuting on the platform quicker than before, digital first exclusives are being created, and the members-only events will begin as soon as possible. There has never been a better time to be a DC fan!”

DC’s new comic book service will cost $7.99 a month or $74.99 for an entire year, but both new and existing DC Universe subscribers who join DC Universe Infinite during the pre-order window will receive a voucher for $10 or $25 to the DC Shop for monthly and yearly subscriptions, respectively.

DC Universe Infinite is set to launch in the U.S. on Jan. 21, 2021 with plans to expand globally next summer.