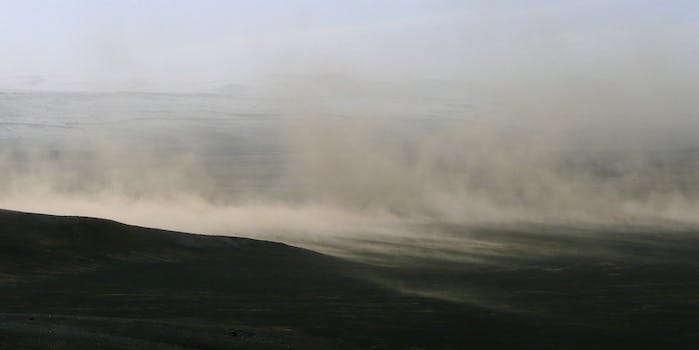 Life is a lie.

Darude, the DJ made famous by his iconic techno track “Sandstorm”—dudududuudu—stopped by Reddit yesterday to answer some questions, and it turns out he’s parlayed Sandstorm’s meme status into a pretty sweet career. He’s also never been in a real sandstorm. You’re letting us all down, Darude.

Before you get into any discussion about Darude, it’s important to know this about “Sandstorm”: Its first life was as a dance hit circa 1999, and its second life began this decade, when it became a meme on YouTube and in the pro gaming community.

The Daily Dot’s Saira Mueller explained the phenomenon in an interview with Darude last November:

“Sandstorm” as a meme has since evolved into an entity of its own. For example, whenever the song is played on Twitch the chat consists almost entirely of people spamming “Dudududuudu”—a nod to the supposed song lyrics (seriously, look them up, it’s hilarious)—”Song name?” or “Darude – Sandstorm,” with various Twitch emotes included.

Occasionally you will now see people ask “Song name?” to entirely different songs as a joke. Or, when someone legitimately asks what the name of a song is, people will reply with “Darude – Sandstorm.”

And Darude was extremely chill, full of positive vibes. Asked how he feels about his song becoming a meme, he wrote, “Of course the memefication thing has been totally nuts, and a total surprise. Loving it all, how could I not, it’s a track released almost 17 years ago and it still helps me get gigs, be talked about and gives me a chance to intro people to what I do today!”

When someone told him, “While drunk one night, I played Sandstorm 5 times in a row at the bar. On the fourth play through, they unplugged the juke box” and asked “Was this a dick move on my part, or theirs?” he simply answered “Theirs.”

There’s one little hitch that ended up making a few headlines, though: He confessed he’d never been in a sandstorm.

“No, but in a smaller one, dust devil, or whatever you want to call it… AND, I’ve got a picture from a few years back, when I was landing in Arizona I believe it was, where I literally landed like few minutes a sandstorm blew thru the airport area and you can see the edge on the pic. I tweeted something like ‘I’ve arrived’ with the pic! :)”

Do you, Darude. Dudududuudu you.