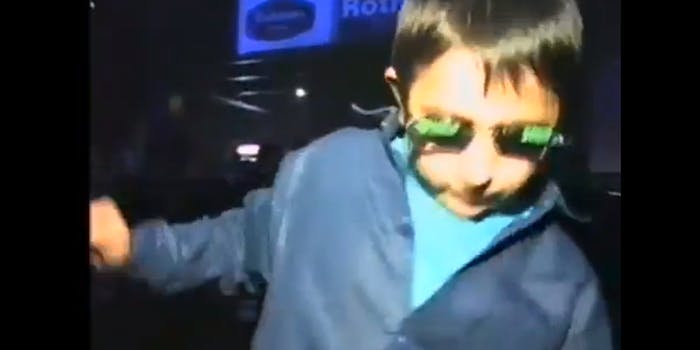 Look at this kid. Look at him dance. He knows something about life that we don't.

Look at this kid. Look at him dance. He knows something about life that we don’t.

This Russian dancing kid jived and fist-bumped and Robot-ed into our hearts via a YouTube video delightfully titled “Russian Kid at Club Can’t Be Bothered With Any F**ks.” He is the pint-sized groove machine we all wish we could become when we enter awful places where people are forced to dance. He is the spirit animal of Gawker’s Max Read.