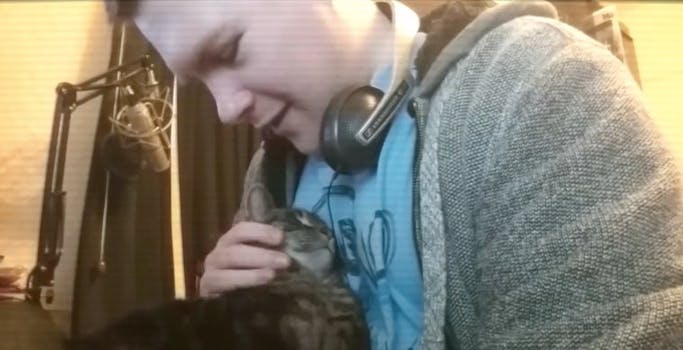 Why is everyone rapping about cats lately?

There must be something in the air lately that’s driving everyone to celebrate their beloved cats in rap form. Ever since Run the Jewels released Meow the Jewels, cat rap has really taken off. Last month, Portland’s MoShow serenaded his cat, Ravioli, in the bathtub. And now, U.K. rapper Dan Bull is getting in on the cat game, too.

Bull, a YouTube stalwart for the past decade, typically raps about video games. He’s taking a turn with a track from his new album, though: “Stroking a Cat” is all about how much he loves his three cats, Jimmy, Sammy, and Patty.

It’s extremely sweet, but it takes a sad turn at the end. Like most cat owners, Dan is dreading the day when he eventually loses his cherished pets, and wishes they could understand how attached he is to them. If you have a cat, this’ll send you rushing to pet it (behind the ears, under the chin).

Dan Bull’s album drops Friday. It won’t be the first or last rap record with a song about fluffy kitties.