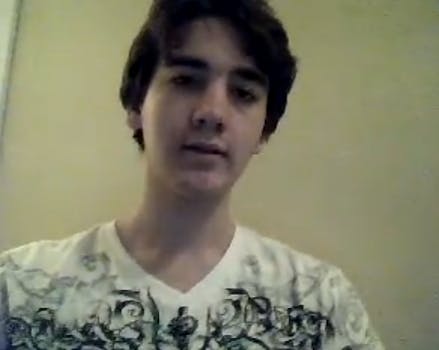 Fight for child becomes a case of he blogs, she tweets.

A California teen who’s been missing for a year has resurfaced online, turning to YouTube to plead for the arrest of his father, who he says has sexually abused him for much of his childhood.

His account is one part of a multi-faceted online “he said, she said” currently being waged between the still-missing 16-year-old who appears in the YouTube videos, Damon Moelter, his father, Eric, and his mother, Cindy Dumas. The accusations continue to fly online today despite the fact that California courts have apparently ruled in an appeal that Eric did not sexually abuse Damon or either of his two siblings.

Moelter has posted five different videos in the past year that detail 10 years of alleged sexual abuse from his father and the difficulties he’s had getting word through to the Monterey County Sheriff’s Office and its child sex abuse investigator, Christina Gunther.

“For 10 years they have done nothing to protect me,” Moelter told the Central Coast News after his most recent post on YouTube. “They’ve actually been quite counter productive in giving full custody to my father.”

Eric Moelter and Cindy Dumas divorced in 2002. In 2004, Dumas attempted to obtain full custody of her three children after the California court of appeals ruled that his father’s “sole legal and physical custody does not pose a danger to Damon’s health, safety, or welfare.”

She was unsuccessful. “Moreoever, there is substantial evidence to support the court’s finding that placing Damon with Mother would cause detriment to his health, safety, and welfare,” the court report read.

Indeed, the courts went so far as to blame Dumas for Moelter’s concerns about his father. “Despite the overwhelming evidence refuting Mother’s claim of sexual molestation against Father, Mother continues to reject the findings of no sexual abuse,” the report read. “Her ongoing and relentless hostility towards Father ‘created [Damon’s] unfounded fear’ of Father, which caused Damon to psychologically suffer.

Moelter ran away from home about a year ago and the family dispute has shifted venue: from the courts to the Internet. Though his current physical whereabouts are unknown, Moelter is appearing on YouTube. The father, Eric Moelter, has built a website and a blog to tell his side of the story, and the mother, Dumas, has taken to Twitter.

On his personal website, the father accuses the mother of facilitating his son’s hiding, and explains that she already abducted the children once. He also suggests that she is helping hide their son, “Likely with an underground organization such as the Protective Parent Group.”

The Protective Parent Group is hardly an underground organization. It is known better as the California Protective Parents Association, and it works to “protect children from incest and family violence through research, education, and advocacy.” The group was founded in 1998 as a community for “women struggling against family court, unable to protect their children,” and is listed as a resource by the National Organization for Women (NOW) Foundation.

Eric Moelter has also created a blog, “to let [Moelter] know that we love you and are always thinking about you.” It was updated 10 times between October and December 2011.

Dumas maintains a Twitter account that regularly posts stories like her own and links to Safe Kids International, an organization “uniting to save children from court-ordered abuse.”

Since his disappearance, Moelter has used YouTube to accuse his father of sexual abuse, petition for protection, encourage others to report sexual abuse, and explain his evidentiary abuse affidavit.

“I’m turning 16 tomorrow, and instead of a birthday party with my friends, I am in hiding,” he said.

“It’s been 10 years since I reported that my father was a sexually abusing me. Family court is still making me go back with him.

Maybe this wouldn’t be such a big deal if it were just happening to me, but it’s not. It’s happening to tens of thousands of other kids just like me.

I’m using social media to spread the word and let everyone know that it’s happening. I’m hoping that the Monterey County DA Dean Flippo will give me a protective order for my birthday so that I am able to go back to my home. I really miss my family and friends.

Moelter told Central Coast News that he believes his father is “abusing someone else right now.” Furthermore, Moelter said he plans to continue hiding until he receives a court order to protect him from his father.

Unfortunately for Moelter, the District Attorney’s office has made it known that it does not currently have enough information to press charges. If Moelter wants to move forward with the case, the D.A.’s office told the Central Coast News, he needs to sit down with an attorney in person and discuss the allegations.

“We pursue child molestations but we also prosecute and return children in child abduction cases. So this case is kind of the Gordian knot of how we carry out both functions and make sure justice is done all the way around,” Monterey County attorney Terry Spitz said.

On Thursday, Moelter told the Mercury News that he plans to remain in hiding until he’s 18, if he isn’t granted a protective order against his father.

Neither Eric Moelter nor Cindy Dumas has responded to requests for comment.