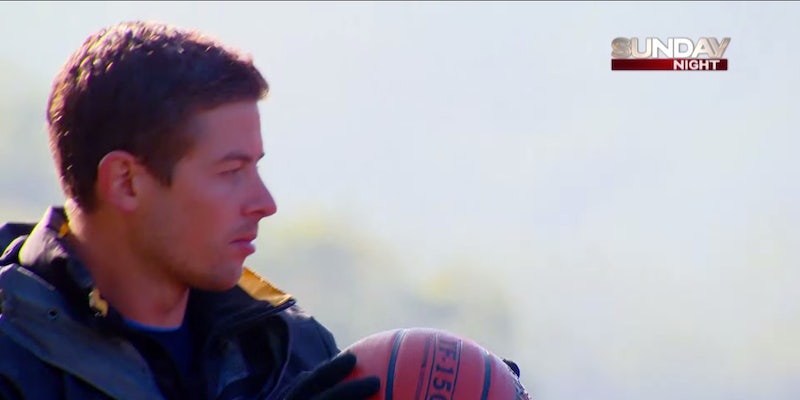 The curve made it possible.

Trick shooters will have to aim pretty high if they want to break the latest world record set by the Australian trick shot team How Ridiculous.

After setting the Guinness World Record for the highest basketball shot in 2011 and 2013, How Ridiculous set its sights on the Gordon Dam in Tasmania. Standing 415 feet tall, it’s nearly double the height at which they set the original record of almost 220 feet.

At one point it looks like they won’t make their mark, but they prevail. We get the shot from nearly every angle, but the moment the boys make their shot—along with their celebration—never gets old.

We can hardly imagine what their next attempt to break their own record will look like.

H/T ESPN | Screengrab via How Ridiculous/YouTube