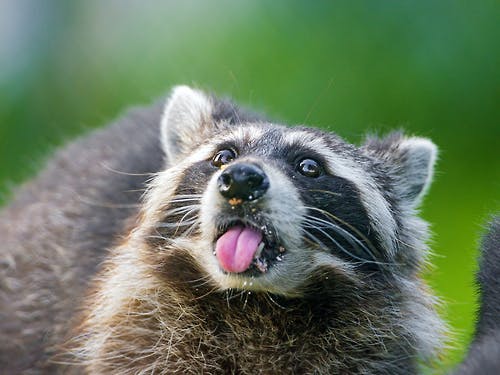 A raccoon was given a $200 fine for taunting motorists on the street outside his home on Tuesday.

“He was standing out there sticking out his tongue at drivers as they passed, yelling insults and generally being kind of a jerk,” said Sam Block, the police officer who responded to a complaint about the raccoon.

Block ended up writing the raccoon a ticket.

“I was going to let him off with a warning, but the little bugger stole my hat,” he said.

Via Tambako the Jaguar.