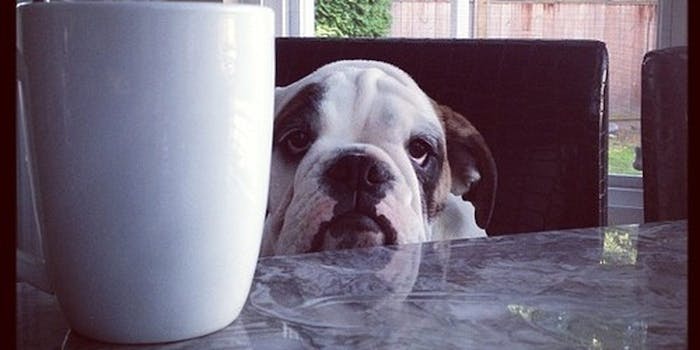 Maxwell is trying to cut down on his anxiety, but now he's falling asleep at work.

Maxwell the dog switched to decaf coffee two weeks ago in an effort to curb his anxiety, but the switch is proving more difficult than he thought it would be.

“I caught him snoozing at his desk at least twice this week. I offered to make a Starbucks run, but he declined both times,” said Snell.

It’s a conundrum: Max may have cured his anxious shakes, but he seems to have gone too far in the other direction. Maybe half-caff is the way to go.