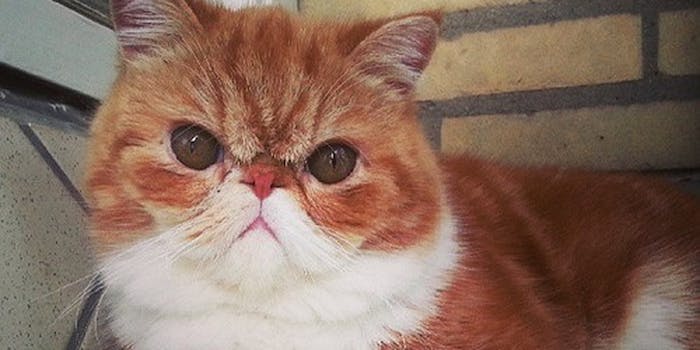 Daily Fluff: Local cat is angry about something

Swizzle has been in a tizzy for over a week.

Friends are perplexed by what has a local cat named Swizzle in such a tizzy. The cat has reportedly been in a foul mood since Tuesday, but won’t let one why.

“Who knows what’s bothering him,” said Tucker Trahn, a close friend. “He came home from work in a total funk and was slamming doors all over the house. He won’t say anything about it, but he’s been angry for days now.”

According to Trahn the bad mood is unusual for Swizzle, who generally keeps his emotions close to the vest.

“I’m not surprised he won’t tell anyone what’s bothering him,” he said. “But I am shocked it has gone on this long. Something must really be chewing at him.”