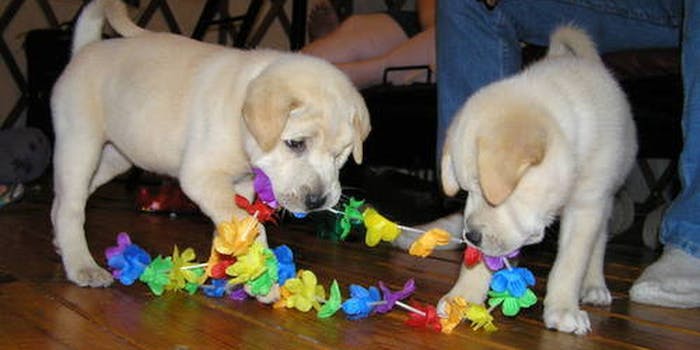 Scout and Buster can't decide how to fairly split their Wheel of Fortune winnings.

After winning a trip to Hawaii on Wheel of Fortune’s Best Friends Week, puppy pals Scout and Buster couldn’t decide how to split the winnings.

“The issue was really that they both want to take their girlfriends,” said Sam Ainsley, who lives next door to Scout. Apparently the prize package only came with two tickets — one for each of them, or for one of them with a guest.

“I think they’ll eventually just realize they should go together,” said Ainsley. “But I really have no idea how they’re going to divide the PT Cruiser they won in the bonus round.”