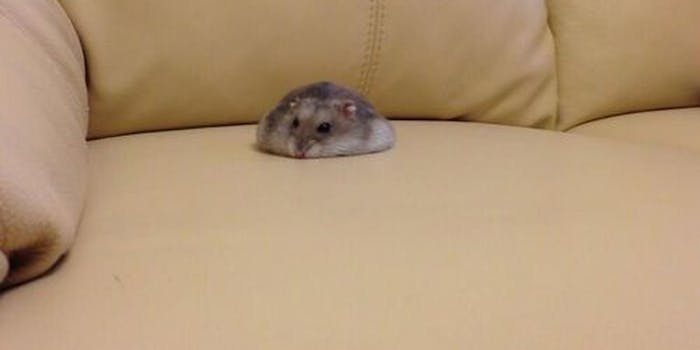 Who can stay motivated to exercise when there are nine seasons of The X-Files to watch?

Just three months into 2014, a local hamster named Phillip has abandoned his New Year’s resolution to get off the couch and get fit.

“He struggles with willpower sometimes,” says Mary Cambridge, a friend of the unmotivated rodent. “It’s like, why would he expend all that energy running around in a transparent ball when there are nine seasons of X-Files to watch on Netflix?”

The bags of sunflower seeds in Phillip’s pantry aren’t helping either, according to sources close to the situation.