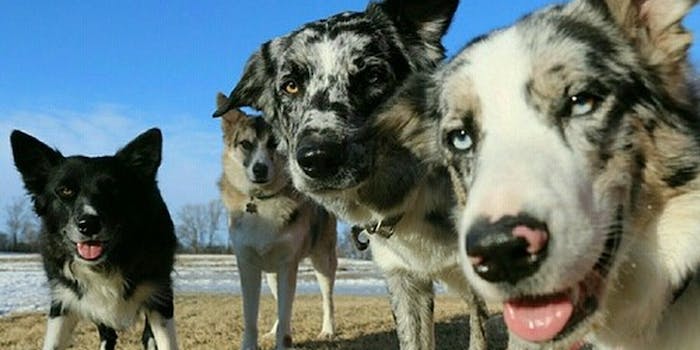 A group of dogs from Portland, Maine have convened a pick-up touch football league. The pups meet on Sundays on a field at Edward Payson Park and play two games with 20-minute halves.

“It looks like really great exercise,” said Phillip Carter, who jogs in the park at the same time the dogs play. “It seems like they’re pretty serious about it and they do a lot of running.”

When reached for comment, Tanner, one of the puppies who organized the league, said, “Ruff ba-rooo, aroo woof!”