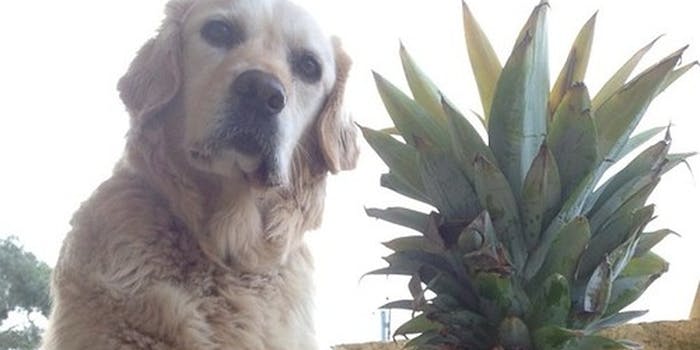 Daily Fluff: Area dog unsure how to proceed with pineapple

Firefighters are preparing for the worst.

A standoff between Nougat the dog and a pineapple has now dragged into a fifth hour, according to eyewitness reports. What began early this morning when Nougat decided to have some fresh fruit for breakfast, quickly developed into a full-fledged situation.

“Well, I think mostly the pineapple has confounded her,” said Allie Bruncle, a bystander. “I was there at the start, and she tried to bite it a few times, but learned quickly why that was a bad idea. Now she’s not sure what to do.”

There was nearly a break in the standoff earlier this morning.

“It seemed like she was going to give up around hour three,” said Tommy Anders, a firefighter who was called to the scene and put on standby. But Nougat rallied her strength and continued to stare down the spiky fruit.

“We’re not sure how this will end, but at this point, we’re preparing for the worst,” said Anders.