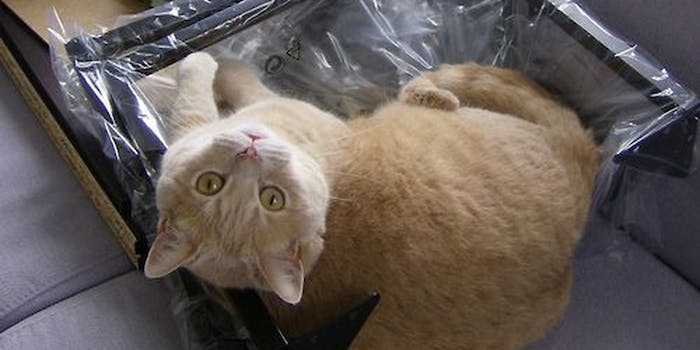 Simon's kitty tower is missing most of its screws.

When Simon the cat purchased the Eindgertål kitty tower from IKEA, he assumed assembly would be a snap. Unfortunately, when he tore into the box, he found that he was missing four of five screws necessary to finish putting it together.

“Allegedly. Allegedly they were missing,” said Kaley Akewu, Simon’s roommate. “I’m not sure I buy that story.”

According to Akewu, the cat insists that the box was just short a few of the screws and pegs needed to snap together the tower.

“But have you seen those things?” she said. “They’re like a kitty wet dream. I’m pretty sure Simon just couldn’t resist the urge to bat them around the house and lost a few of them under the couch.”

Regardless of wether Simon lost the parts due to uncontrollable feline instinct, or he was stiffed by IKEA, he’s reportedly given up on the project.