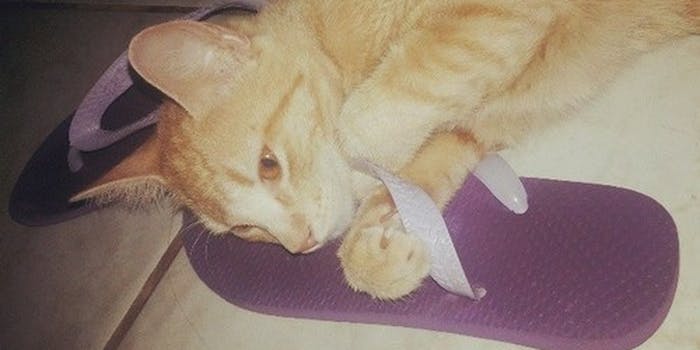 "The fans want to see gore, and she gives it to them. She shredded that shoe to bits."

The world of underground kitten wrestling has exploded over the past few years, with the FBI reporting illegal wrestling clubs in over 200 cities across the U.S. Further, the IRS estimates over $3 billion changes hands each year at these matches.

All that illegal wrestling has also bolstered the American appetite for sanctioned kitten entertainment. Over the past 36 months, the UKP (Ultimate Kitten Pouncing) league has seen a nearly 150% jump in attendance at matches and scored a new TV deal with ESPN2.

At a recent match, Tabz the cat was able to fell a flip-flop in seven rounds, drawing cheers from a packed house at Madison Square Garden in New York.

“Tabz has become our biggest attraction,” said UKP spokesperson, Jack Milotti. “The fans want to see gore, and she gives it to them. She shredded that shoe to bits.”

Critics have accused the UKP of being staged, but Milotti insists otherwise.

“Absolutely not,” he told The Fluffington Post during a recent interview. “Though the safety of our stars is paramount, the struggle with the flip-fop is 100% real.”