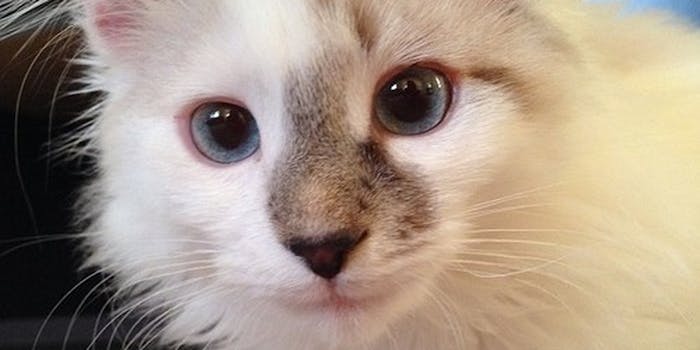 Daily Fluff: Kitten is pretty sure he was adopted

Tofu lives with two humans and a Pekinese named Tuna.

Tofu the cat is starting to think that maybe he was adopted. He didn’t think about it much for the first couple months of his life, but recently, he’s begun to notice a few things that indicate he may not be living with his birth family.

“Well, the main thing is there are no other cats around,” said Preston Thayer, a friend. “He lives with two humans and a Pekinese named Tuna. If he wasn’t adopted, where are the other felines?”

Tofu plans to confront his family about the situation later this week.