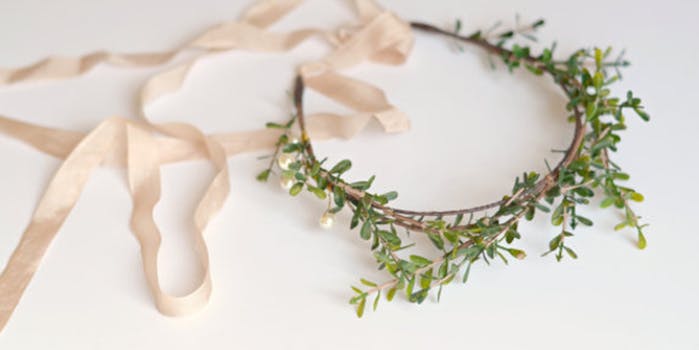 This isn't the first time.

Nothing is safe from dad humor.

Cassie Martin became the latest victim when her father decided to poke some fun at her affinity for Snapchat selfie Lenses. She decided to test out the head wreath, which looked pretty good on her. Her dad decided to put a DIY spin on the look, and honestly, he looks pretty good with the leaf crown.

MY FATHER HARASSES ME ON SOCIAL MEDIA pic.twitter.com/r7AHKzAyVZ

Gotta give it to this dad for committing to the trolling. The tattoo in sharpie, matching white tank top, and of course the same head tilt and lip puckering. Cassie also posted the side-by-side to Imgur, where her father has been getting a lot of love for his little prank.

This isn’t the first time Cassie’s dad has done something like this. In April, he mocked his daughter’s mirror selfie and, of course, inked his belly up as well.

THIS IS MY FATHER #wtf pic.twitter.com/hpROzrdHDR

Get this man a a trophy for Troll Father of the Year.