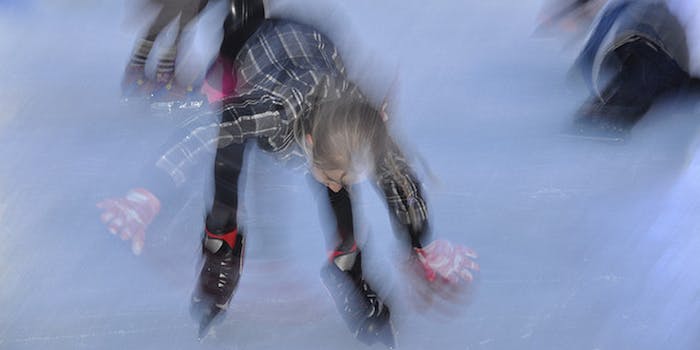 “At least they’re laughing about it,” he says after he’s watched at least four kids eat slush.

The long winter has provided a wealth of humor, but perhaps none of those moments match the saga of this one dad picking up his kids from school.

For five minutes, dutiful father Alan Andersen narrates a stream of what looks like middle school kids leaving school, and from his vantage point, he watches them slip on the same patch of ice. Over. And. Over.

“At least they’re laughing about it,” he says after he’s watched at least four kids eat slush. Some of the kids catch on and try to avoid the patch of ice, but Andersen always seems to have a sixth sense as to which kids will wipe out.

Then his daughter gets in the car, and they join forces.

“We’re kind of bad people,” she says, just as two more students fall and they burst out laughing.

The post was originally uploaded to Andersen’s Facebook page on Friday, with the title “The joy of picking up my kids.” He’s like a modern-day David Attenborough.