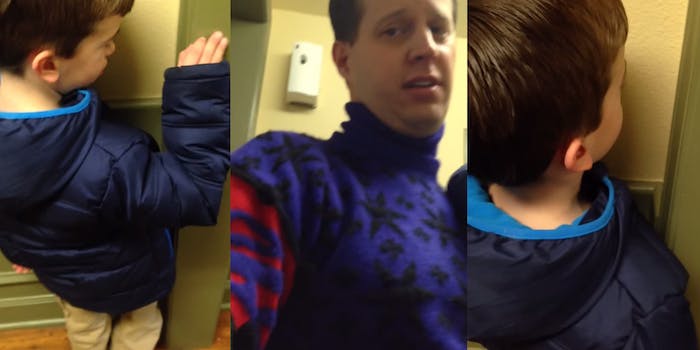 It's hipster cute, though?

It’s a fear that every student faces: being embarrassed by their parents at school.

One kid had to deal with what appears to be his father purposely trolling on the first day of school. It wasn’t through oversharing comments or asking ridiculous questions—it was because of a wardrobe choice.

“Daddy, you look awful,” the youngster tells his father, completely refusing to go to class. Check out what he’s wearing:

The dad’s sweater isn’t the cutest, sure, but hipsters would surely love it. And once the kid’s old enough to be a little sassier with his dad, he’s definitely going to be that kid from School of Rock.