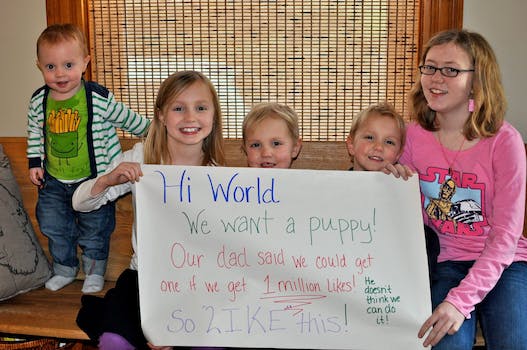 Kids get a puppy after winning Facebook bet with dad

Two young girls bet their dad they could get 1 million Facebook likes, and then they delivered. Their reward? A puppy!

Parents, you should just stop challenging your kids to ask for likes on Facebook, especially when the promise of a new pet is on the line.

That’s the lesson one father has learned in the last couple of days.

After much insistence from his two daughters, an unnamed dad told them that the family could adopt a pet dog if they could get at least one million likes on Facebook.

The two daughters created a Facebook group called “Twogirlsandapuppy” on Tuesday and uploaded a picture of them and their three younger brothers holding up a sign that read, “Hi World[,] We want a puppy! Our dad said we could get one if we get 1 million likes! So LIKE this! He doesn’t think we can do it!” 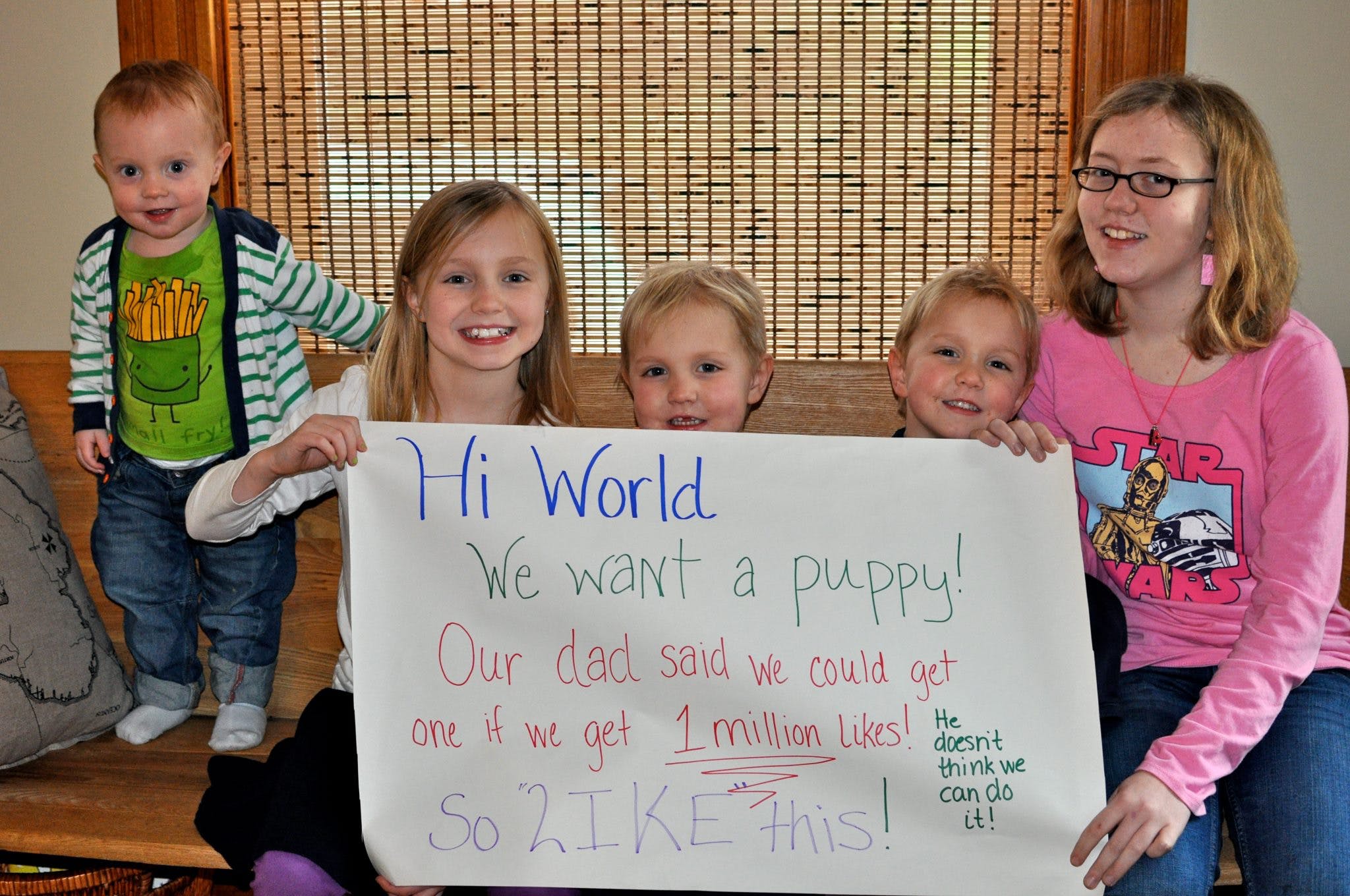 Needless to say, pops was way wrong. In less than 18 hours, the picture has garnered 2,145,504 likes. And in case that wasn’t enough, another posting of the same picture has received 1,172,172, enough for the young children to get three puppies!

According to the Facebook page, the kids will be adopting a dog from a local shelter or a local rescue organization, making these girls not only extremely likeable but also good people.

That massive Facebook support was more than enough to warrant a mention on ABC’s Good Morning America.

If you recall, the girls essentially emulated Remi Urbano, whose own Facebook bet with his dad resulted in the adoption of Hairietta L. Pawturr, a grey feline adopted from the Gifford Cat Shelter in Brighton, Mass.

Still, it’s hard to be cynical when small children convince their parents to get a dog, especially when said pet is coming from a shelter.