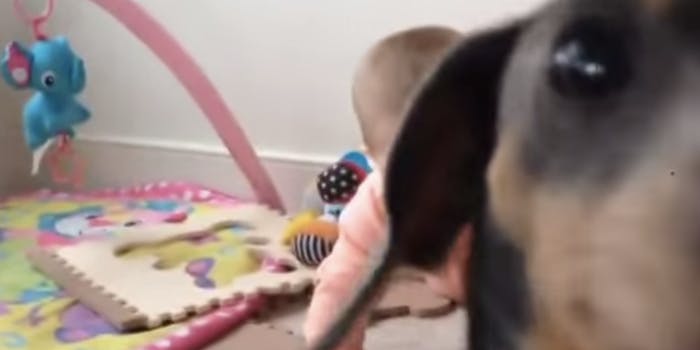 Family dog is not amused by stupid upstaging baby

This home movie ain't big enough for the both of 'em.

For your average domesticated canine, the sudden arrival of a human infant signals great upheaval: new smells, new routines, and a whole lot less attention. So you can’t really blame this dachshund for reminding its people that it exists—and is just as adorable as any baby.

Seriously, someone throw this dog a bone.

The best part about this pooch, though? It’ll never grow up to be a moody teenager.