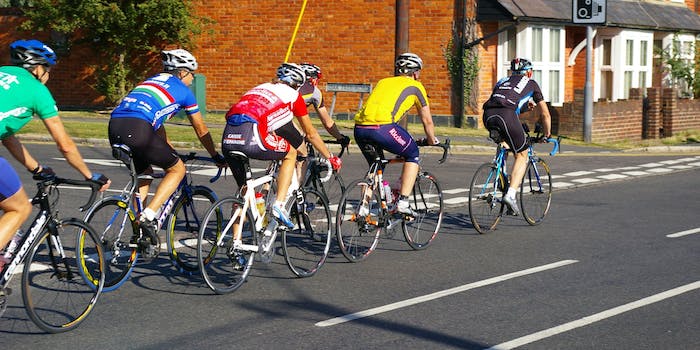 That's what happens when you get cocky.

It’s always best to celebrate once you’ve passed the finish line, because you really don’t want to end up like this guy.

During the Via Roma Twilight Criterium support race, cyclist James Wilkins was just about to nab first place. Obviously overjoyed, he raised his arm in a sort of pre-victory “hell yeah.” But that’s right when fellow racer Jamie Penton was able to make his move and power past Wilkins.

You want to feel bad for Wilkins, but he kind of deserves it.

The video was captured by DB Max, which performs timing services for sports events. Originally posted on the company’s Facebook page, the video comments include a message from Wilkins himself. “My stupid mistake, I admit readily. Pretty embarrassing but just a bike race. On to the next one,” he says.